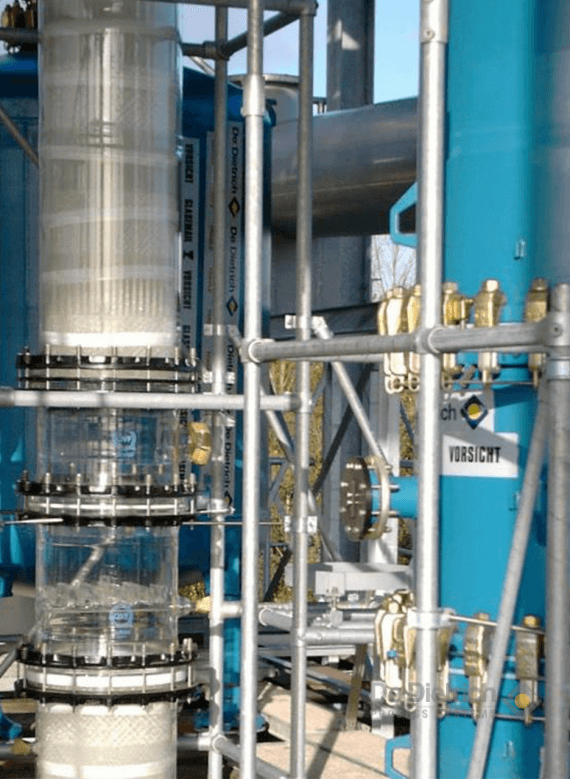 Distillation as a thermal separation process is used if the chemical composition of the vapor phase is different from the chemical composition of the liquid phase. This is mostly the case for mixtures of products having different boiling points means different volatilities. Process and plant design to separate, purify, concentrate and recover chemcial components by distillation if one of our core competences.

There are also liquid mixtures forming at a specific ratio a vapor phase with the same composition. These azeotropes and cannot be split further by distillation. If this has nevertheless to be done the process conditions have to be modified so that the composition in the vapor phase becomes different from the liquid phase. This can be realized by e.g. changing the operating pressure or adding another compound. Adding a compound with a low volatility reducing the vapour pressure of one the mixture components lead to a so called extractive distillation as realized e.g. for the QVF® nitric acid and QVF® hydrochloric acid concentration processes.

The distillation process can be carried out with e.g. a heated stirred vessel as evaporator and a thereto connected condensation section. De Dietrich Process Systems has designed for decades reactors used for this application. De Dietrich® glass-lined and QVF® borosilicate glass reactors are universal equipment due to their universal corrosions resistance and proven functionality. 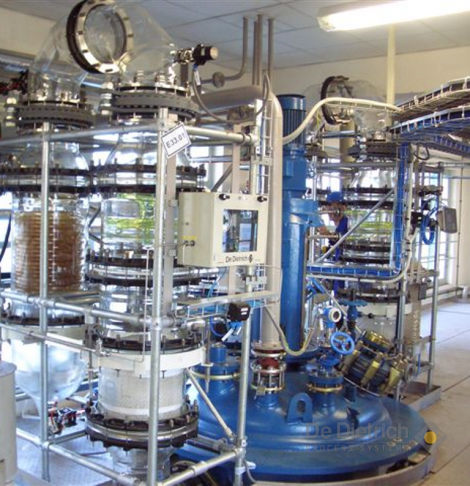 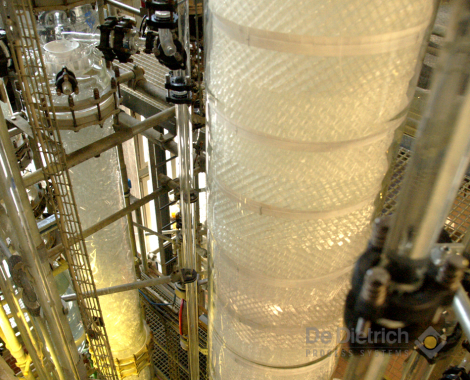 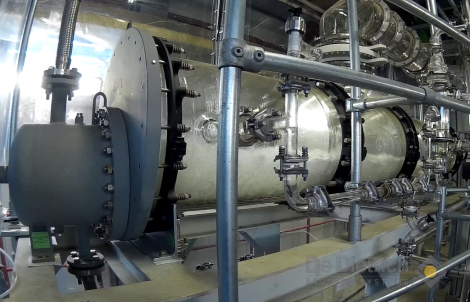 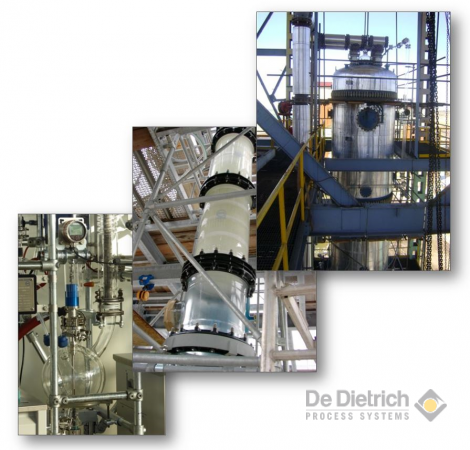 The design of the condensations sections for all these evaporators down to 1 mbar do not much depend on the type of evaporator but mainly on:

According to the above requirements the most suitable condensation arrangement has to be defined from:

The choice of the most suitable column internals depend on:

The distillation or rectification process can be carried out batch wise and continuously.

RANGE OF SOLUTIONS AND SERVICES

We can design the most suitable distillation process based on our chemical process know-how, experience, simulation tools and tests in our experimental hall for your application. The process will be carried out in plants constructed and realized by our experienced engineering teams using reliable key components from our own production.

You would have one single liable partner for the process, functionality and quality.

You would receive the most sustainable solution with lowest investement and maintenance costs.